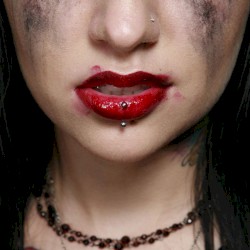 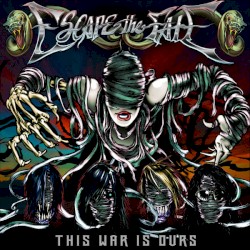 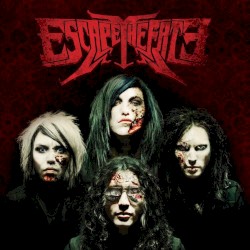 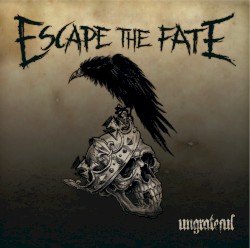 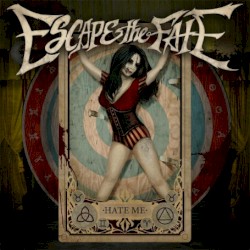 Escape the Fate is an American rock band from Las Vegas, Nevada, formed in 2004 and originally from Pahrump, Nevada. They are signed to Eleven Seven Music. The group consists of Robert Ortiz (drummer), Craig Mabbitt (lead vocalist), TJ Bell (rhythm guitarist and vocalist), Kevin "Thrasher" Gruft (lead guitarist) and touring musician Erik Jensen (bassist). As of 2013, Ortiz is the last founding member in the current lineup of the group.

They have released three EPs and six full-length studio albums. Dying Is Your Latest Fashion was the band’s first album and the only album with vocalist Ronnie Radke. This War Is Ours was released on October 21, 2008. This album departed from the band’s earlier emo, darker sound, to a more hard rock, mainstream sound. Less screamed vocals are used and the album has a varied, mixed sound changing from track to track. It is the first Escape the Fate album to with the former Blessthefall singer Craig Mabbitt. The album debuted at No. 35 on the Billboard 200, selling 13,000 copies in the first week. Their third studio album, Escape the Fate, was released worldwide on November 2, 2010. It was the band’s only album released on DGC/Interscope following their departure with Epitaph. The album charted at No. 25 on the Billboard 200, No. 1 on Hard Rock Albums, No. 4 on Rock Albums, No. 3 on Alternative and Independent charts and No. 18 on the Digital Albums Chart. The album is heavier than the previous album and has a darker sound. On release, the album received generally positive reviews, and is Escape the Fate’s most successful album to date. It is the band’s last release with bass guitarist Max Green. Their fourth album, Ungrateful, was released on May 14, 2013, by Eleven Seven Music, and charted at No. 27 on the Billboard 200, with 17,000 copies sold in its first week.