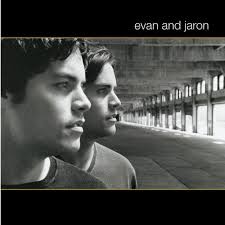 Evan Mitchell Lowenstein and Jaron David Lowenstein (born March 18, 1974) are American musicians and identical twin brothers who performed as Evan and Jaron. Evan and Jaron have recorded three studio albums. The duo’s most successful single is "Crazy for This Girl", which peaked at No. 15 on the Billboard Hot 100 in 2000.