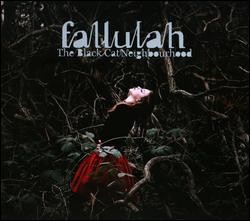 Fallulah (born 6 February 1985) is a Danish singer-songwriter and musician. Her given name is Maria Apetri. Following a short dancing career, she entered the music industry and released her debut album in 2010 which peaked at number three in Denmark and went on to be certified platinum.