For the Fallen Dreams 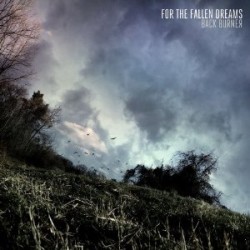 For the Fallen Dreams, often abbreviated FTFD, is an American metalcore band from Lansing, Michigan, formed in 2003. The band originally signed to Rise Records but produced one album under Artery Recordings in 2012. After the departure of then vocalist Dylan Richter and the return of vocalist Chad Ruhlig in 2013, the band started producing music under Rise Records once again.They have released three demos (their first being in the genre of deathcore), a self-titled extended play, and six full-length albums: Changes (2008), Relentless (2009), Back Burner (2011), Wasted Youth (2012), Heavy Hearts (2014) and Six (2018). Relentless charted at number 29 on the Billboard Top Heatseekers. Three other albums have charted within the top 10 on the Billboard Top Heatseekers.

The group has had a complicated history of members. Many members of the band were friends of the band who would fill spots temporarily. Noticeable past members, based on length of participation and role, include Joe Ellis, Andrew Tkaczyk, Dylan Richter, Kalan Blehm, and Navid Naghdi. Jim Hocking is the only member of the original line-up that remains in the band.