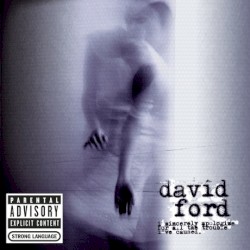 I Sincerely Apologise for All the Trouble I’ve Caused (2005)

David James Ford (born 16 May 1978 in Dartford, Kent) is an English singer-songwriter, guitarist and songwriter. He first achieved prominence with the indie rock group Easyworld, who released an independent mini-album, ...Better Ways to Self Destruct and two full-length albums on Jive Records before disbanding in 2004.

As a solo artist, he has released six albums to date, two of which were named "Album of The Year" in both The Sunday Times and Word Magazine. David has toured the world opening for such artists as KT Tunstall, Gomez, Elvis Costello, Ingrid Michaelson and Ray LaMontagne and he has played the UK Latitude Festival, Bonnaroo and Austin City Limits. Ford has also performed on Last Call With Carson Daly and Sun Studio Sessions. The Guardian called him "unmissable... one of Britain’s best."