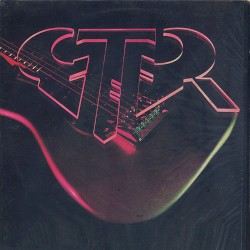 GTR were a British rock band founded in 1985 by former Yes and Asia guitarist Steve Howe and former Genesis guitarist Steve Hackett. Though the band’s leaders were known as progressive rock musicians, GTR appealed to album-oriented rock radio stations. The band lasted for two years and one album. Hackett subsequently criticized the project, though not necessarily the other musicians involved in it.

The band’s name came from an abbreviation of "guitar" used by recording studios for labelling guitar tracks.