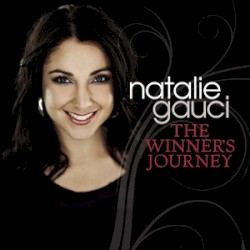 Natalie Rose Gauci (born 26 November 1981) is an Australian musician, producer and teacher. Gauci undertook music tuition at the Victorian College of the Arts, formed her own band that played gigs in Melbourne, while also working as a music teacher. After an appearance on national radio station Triple J’s talent contest, Unearthed, she successfully auditioned for the fifth series of Australian Idol in 2007 and went on to win the series.

Gauci subsequently signed a record deal with Sony BMG Australia and in November that year released her debut single, "Here I Am", which reached number two on the ARIA Singles Chart and gained a gold accreditation. The next month her debut album, The Winner’s Journey, followed. It peaked at number eleven on the ARIA Albums Chart and was certified platinum. In 2010 she formed Tune in Tokyo, an electro-pop band, with producer Paul Brandoli, they released two singles, "Dreamer" (November 2010) and "Ray of Love" (April 2012). On 1 July 2012 Gauci released her second studio album, jazz-oriented Ha Ha Ha, on The Gauch Records and followed on 3 September with an alternative-electronic EP, Elektrik Field. By August that year Gauci was living and working in London both as a recording artist and music teacher.