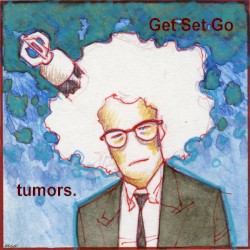 Get Set Go is a band formed in 2002 in Highland Park, Los Angeles, California. They are generally seen as indie rock. Their main songwriter is Michael "Mike TV" Torres. The band is known for their tendency to mix dark lyrics with upbeat or catchy melodies. Their songs have been featured on several episodes of Grey’s Anatomy, appearing on the first two volumes of the series’ soundtrack with the tracks "Wait" and an amended version of "I Hate Everyone."Originally called Vermicious K, the band went through a few name changes and lineups before settling on Get Set Go. Currently, Get Set Go is the solo project of Michael Torres.