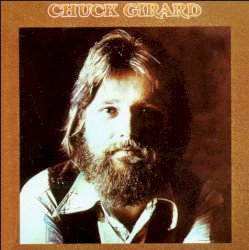 Chuck Girard is a pioneer of Contemporary Christian music. He was born on August 27, 1943 in Los Angeles, California. He moved to Santa Rosa, California in his young teens and was a member of the Castells and later the surf-rock band The Hondells. In 1970 he was a founding member of Love Song, the first Christian rock band to become popular in the United States.In 1975 Girard became a solo artist after leaving Love Song. He wrote and performed the songs "Sometimes Alleluia" and "Rock ’N’ Roll Preacher"; both were featured on his debut album Chuck Girard. It also featured the band Ambrosia prominently throughout. Girard in turn was featured on Ambrosia’s albums Ambrosia and Somewhere I’ve Never Travelled, though the albums’ credits do not indicate which tracks he contributed to or in what capacity.

He is the father of Alisa Childers, a member of Zoegirl.