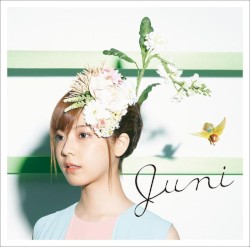 Choi Seo-ah (Korean: 최서아; born Choi Jun-hee on 3 September 1993) better known by her stage name Juniel (Hangul: 주니엘, often stylized as JUNIEL) is a South Korean singer-songwriter. She began her career in Japan before eventually debuting in South Korea. She was first known as ’Junie’, but eventually changed her stage name to ’Juniel’, which was derived from combining her name, Junie, and L for ’love’. She was also a member of the duo Romantic J with CNBLUE’s Lee Jong-hyun under former label FNC Entertainment. In 2016, Juniel announced on her social media that she legally changed her native name from 최준희 (Choi Jun-hee) to 최서아 (Choi Seo-ah).