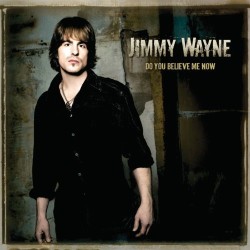 Jimmy Wayne Barber (born October 23, 1972) is an American country music singer and songwriter. He released his self-titled debut album in 2003 on the DreamWorks Records label. Four singles were released from it, including "Stay Gone" and "I Love You This Much", which both reached Top Ten on the Billboard country charts. A second album, Do You Believe Me Now, was released in August 2008 via Big Machine Records subsidiary Valory Music Group, and its title track became his first Number One hit in late 2008. Sara Smile followed in 2009.