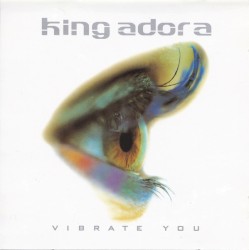 King Adora was a rock group formed in Birmingham, England in 1998. The band released debut album Vibrate You in May 2001 (charting at No. 30 on the UK Albums Chart) and follow-up Who Do You Love? in March 2004. The band was notable for their short, riotous live shows and built a small, dedicated fanbase. Lack of label support and changing tastes in the UK guitar music scene led King Adora to split in 2005. In 2010, the band reformed to play shows in Birmingham and London, but have been inactive since.