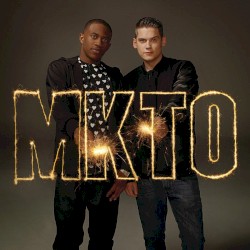 MKTO is an American pop and hip hop duo, consisting of Malcolm Kelley and Tony Oller. Their self-titled album was released on 30 January 2014 by Columbia Records. In July 2015, the duo released their first extended play, titled Bad Girls EP. As of 2022, the band has sold about 1 record worldwide.