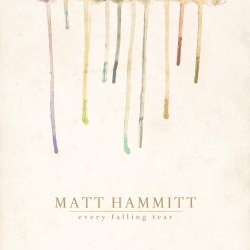 Matt Hammitt (born October 19, 1979) is an American singer, songwriter, speaker and author. For 20 years, he was the lead singer for the hit band Sanctus Real and is now currently pursuing a solo artist career. The band Sanctus Real has released seven studio albums with Sparrow Records, toured internationally and released 14 top five and number one singles to Christian radio, earning them a household name amongst Christian music fans worldwide. Hammitt has been the recipient of three Dove Awards, has been nominated for two Grammys for his work with Sanctus Real, and has received multiple awards from SESAC and ASCAP for radio chart performance. He has also co-written songs for other artists, including for King & Country, Francesca Battistelli, Jamie Grace, Newsong, Hawk Nelson, Moriah Peters, Jason Gray, Citizen Way and Love and the Outcome.

On July 1, 2015, Hammitt announced that he was leaving Sanctus Real, effective December 2015.Hammitt’s passion for family is what ultimately led him to leave Sanctus Real in 2015. After leaving Sanctus Real, he and his wife launched a podcast called The Lead Me Lifecast, along with "LEAD ME LIVE" conferences and concert events. The events focused on building men, marriages and family. Hammitt is also currently a partner with FamilyLife Ministries out of Little Rock, Arkansas, as a speaker for their "Weekend to Remember" marriage retreats.In July 2016, Hammitt partnered with Seth Mosley’s Full Circle Music Company (FCM Records). Hammitt was first signed as a writer for FCM songs, followed by an album deal with FCM Records. His second solo album will be his debut for FCM and was to be released in early 2017.