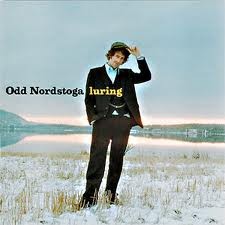 Odd Nordstoga (born 10 December 1972) is a folk singer, musician, actor and editor from Vinje in Telemark, Norway. In 2004, he went from relative obscurity to becoming the country’s biggest selling recording artist, with the phenomenal success of his first solo album proper, "Luring". The album, a fusion of pop and Norwegian folk music, has sold more than 160,000 copies in Norway to date and earned him several Spellemannsprisen awards. For the album Strålande Jul, released together with Sissel Kyrkjebø, he won an unprecedented 11 Norwegian platinum trophies.