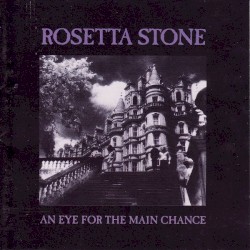 Rosetta Stone are an English gothic rock band formed in the mid-1980s by Porl King (guitar/vocals/keyboards) and Karl North (bass), plus their drum machine and synthesizer rack nicknamed "Madame Razor".

The band is named after the Rosetta Stone, an Egyptian historical artifact, and the band used much ancient mythological imagery, especially in their earlier work.

Their early style and first album reflected the jangly-guitar sounds of 1980s gothic rock, and their first big break came after live gigs supporting the then already well-established band The Mission. The band then moved to a more electronic sound before disbanding in 1998.