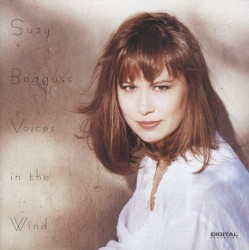 Susan Kay Bogguss (born December 30, 1956) is an American country music singer and songwriter. She began her career in the 1980s as a solo singer. In the 1990s, six of her songs were Top 10 hits, three albums were certified gold, and one album received a platinum certification. She won Top New Female Vocalist from the Academy of Country Music and the Horizon Award from the Country Music Association.