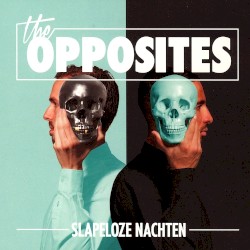 The Opposites are a Dutch rap group, consisting of rappers Willem de Bruin (Willy) and Twan van Steenhoven (Big2). The two started rapping when de Bruin had to write a rap for his teacher as a punishment. Willem realized his rap potential and decided to continue rapping, together with friend Twan van Steenhoven he became addicted to Hip hop, so they say. The name The Opposites is a reference to the fact that Willem is short and a person of color, whereas Twan is tall and white.