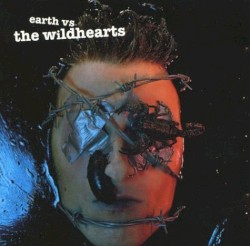 The Wildhearts are an English rock group, formed in 1989 in Newcastle upon Tyne. The band’s sound is a mixture of hard rock and melodic pop music, often described in the music press as combining influences as diverse as The Beatles and 1980s-era Metallica. However, this characterization is denied by the band, who see their influences as being far broader, as shown in the song "29 X The Pain", which lists many of group leader Ginger’s influences. Despite several top 20 singles and one top 10 album in Britain, the Wildhearts have not achieved major commercial success, owing in part to difficulties with record companies and many internal problems often relating to recreational drugs and depression. Much of the band’s early career was affected by bitter feuds with their record company, East West.

In the band’s turbulent and unpredictable history, band members have regularly been replaced, with the only constant member being the band’s founder Ginger (birth name David Walls) - the singer, guitarist, and predominant songwriter. Several band members have appeared in the line-up more than once. The band has also been split up or placed on hiatus by Ginger multiple times. The most recent recording line-up convened in 2006 but went on hiatus in late 2010. Ginger reformed the band once again for a special one-time appearance in December 2012, which has been extended to touring in 2013 and 2014.