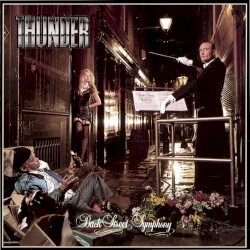 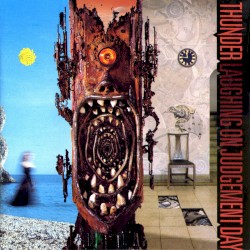 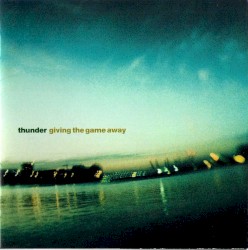 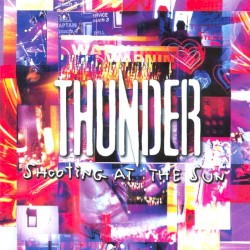 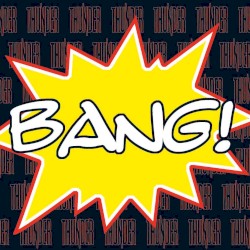 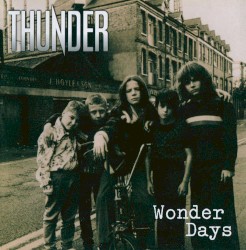 Thunder are an English hard rock band from London. Formed in 1989, the group was founded by former Terraplane members Danny Bowes (lead vocals), Luke Morley (guitar, backing vocals) and Gary "Harry" James (drums), along with second guitarist and keyboardist Ben Matthews and bassist Mark "Snake" Luckhurst. Originally signed to EMI Records in the UK, the band released their debut album Backstreet Symphony in 1990, which reached number 21 on the UK Albums Chart and number 114 on the US Billboard 200. The 1992 follow-up Laughing on Judgement Day reached number 2, while both albums were certified gold by the British Phonographic Industry (BPI). All nine singles released from the two albums reached the UK Singles Chart top 40.

Luckhurst left the band in late 1992, and was replaced the following February by former Great King Rat bassist Mikael Höglund. The new lineup recorded only one studio album, Behind Closed Doors, which peaked at number 5 in the UK and spawned three UK top 40 singles. The 1995 compilation Their Finest Hour (And a Bit) reached number 22 in the UK and was certified silver by the BPI. Höglund left in 1996 and was replaced by Chris Childs, after Morley performed bass on fourth album The Thrill of It All, which reached the UK top 20. Thunder’s 1998 live album Live reached number 35 on the UK Albums Chart, while the following year’s fifth studio album Giving the Game Away reached number 49. The band broke up in early 2000 due to "outside business forces".

After a brief hiatus, Thunder returned in 2002 and formed their own record label, STC Recordings. The band’s sixth studio album Shooting at the Sun was released the following year, supported by the UK top 50 single "Loser". After three more new studio albums – 2005’s The Magnificent Seventh, 2006’s Robert Johnson’s Tombstone and 2008’s Bang! – Thunder decided to break up in 2009. Two years later, however, the group returned for a third active spell, scheduling a number of sporadic live shows over the following years. A tenth studio album, Wonder Days, was released on the earMusic label in 2015, giving the band their first UK top ten since 1995 when it peaked at number 9. Rip It Up followed in 2017, reaching a peak UK Albums Chart position of number 3.