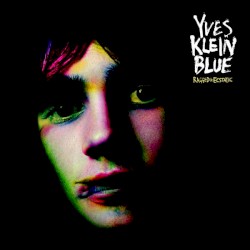 Yves Klein Blue was an Australian indie rock band from Brisbane, which formed in 2005 and disbanded in 2010. The line-up included Chris Banham on drums and percussion, Sean Cook on bass guitar, Charles Sale on lead guitar and keyboards and Michael Tomlinson on lead vocals and rhythm guitar. Their name is from the colour, International Klein Blue, by Yves Klein.

The band were signed to Brisbane record label Dew Process, under which they re-released their debut EP Yves Klein Blue Draw Attention to Themselves (April 2008).Yves Klein Blue supported local and international acts, the Veils, Franz Ferdinand, the Fratellis, the Living End, Ben Kweller, You Am I and the Grates, and appeared at Big Day Out, SxSW, Pyramid Rock Festival and Splendour in the Grass during 2008. Their only album, Ragged & Ecstatic, was released in Australia and New Zealand in July 2009, which reached the top 50 on the ARIA Albums Chart.On 31 January 2011, the band announced via an email to mailing list subscribers and a post on their Facebook page wall that they had disbanded in the second half of 2010 due to creative differences and that they now live in different cities.