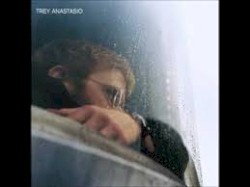 Ernest Joseph "Trey" Anastasio III (, born September 30, 1964) is an American guitarist, singer, songwriter, and composer best known as the leader of the rock band Phish, which he co-founded in 1983. He is credited by name as composer of 152 Phish original songs, 141 of them as a solo credit, in addition to 41 credits attributed to the band as a whole.In addition to his work with Phish, Anastasio has released 11 solo albums, and been part of several side projects including the Trey Anastasio Band, Oysterhead, Ghosts of the Forest, and Surrender to the Air.

Trey has performed his own compositions with the New York Philharmonic, the L.A. Philharmonic, the Baltimore Symphony Orchestra, the Atlanta Symphony Orchestra, the Kennedy Center National Symphony, and many others.Anastasio wrote the score for the Broadway musical Hands on a Hardbody, for which he was nominated for a Tony Award for Best Original Score at the 67th Tony Awards in 2013.