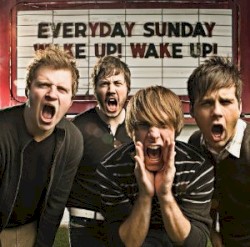 Everyday Sunday was an American Christian rock band from Columbus, Ohio with the founding member Trey Pearson as lead singer. The band released two albums on Flicker Records including Stand Up and Anthems for the Imperfect. Wake Up! Wake Up! was the debut album on Inpop released May 22, 2007 on Inpop Records, followed by Best Night of Our Lives. The band released an EP independently in 2013 titled A New Beginning EP.