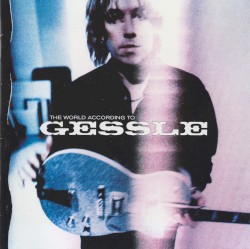 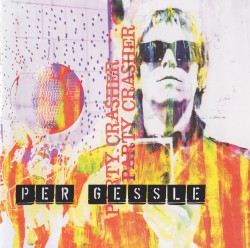 Per Håkan Gessle (Swedish pronunciation: [ˈpæːr ˈɡɛ̂sːlɛ] (listen); born 12 January 1959) is a Swedish pop singer, songwriter and musician. He is best known as the male half and primary lyricist of the Swedish pop rock duo Roxette, which he formed with Marie Fredriksson in 1986 and which was disbanded after her death in 2019. The duo achieved international success in the late-1980s and early-1990s with their albums Look Sharp! (1988) and Joyride (1991), and topped the charts in the US four times, most notably with "It Must Have Been Love" which was featured in the film Pretty Woman. Prior to the formation of Roxette, he had a successful career in native Sweden as the frontman for Gyllene Tider. The band released three number-one albums during the early 1980s but disbanded shortly after their fourth album, The Heartland Café (1984).

In-between periods in Roxette and Gyllene Tider reunions, Gessle recorded numerous solo albums, both in Swedish and English. After Fredriksson’s illness in 2002 he released Mazarin (2003). The album was a critical and commercial success for Gessle and started the beginning of a long term collaboration with the backing vocalist Helena Josefsson. With Fredriksson’s continued treatment and recuperation he made three more albums, Son of a Plumber (2005), En händig man (A handy man, 2007) and Party Crasher (2008). After Roxette’s Neverending World Tour finished in 2015 he produced another set of solo efforts, En vacker natt (2017), En vacker dag (2017) and Small Town Talk (2018). In 2016 he started using the pseudonym Mono Mind, first releasing a few singles before delivering a full album, Mind Control, in 2019. Gessle was the main songwriter for both Roxette and Gyllene Tider.