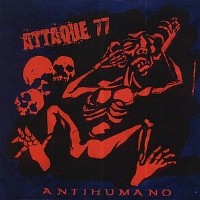 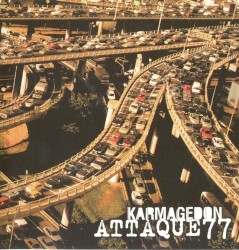 Attaque 77 ("Attack 77") is an Argentine punk rock group. Formed in 1987 as a group of friends who got together to play their favorite songs, most of them by The Ramones, their favorite band and the one that influenced them the most. They started writing songs in the same punk rock style, with lyrics with proletarian content (about exploited factory workers, etc.), and wore denim jackets, which became one of their hallmarks in their beginnings. Currently, only three members continue performing and recording.