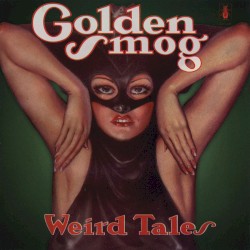 Golden Smog is an alternative country-rock supergroup of loosely connected musicians mostly from the Minneapolis area. At various times, members of Soul Asylum, The Replacements, Wilco, The Jayhawks, Run Westy Run, The Honeydogs and Big Star have worked with Golden Smog. Given the fluid collaborative nature of Golden Smog the lineup has often changed, but relative constants who appear on all the recordings are guitarists Kraig Johnson (Run Westy Run), Dan Murphy (Soul Asylum) and Gary Louris (The Jayhawks), along with bassist Marc Perlman (The Jayhawks).

The group took their name from a nickname given to Fred Flintstone in The Flintstones episode "Hot Lips Hannigan", which, in turn, was a parody of singer Mel Tormé’s nickname (The Velvet Fog).