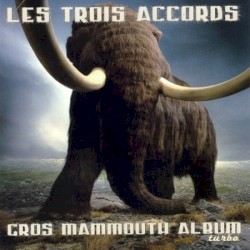 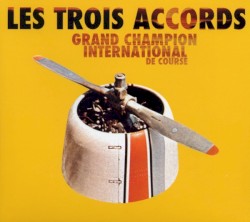 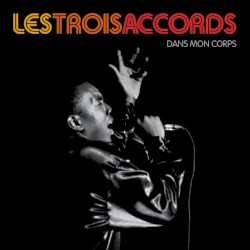 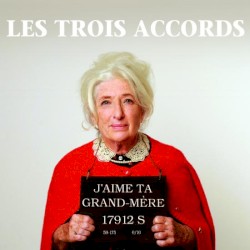 Les Trois Accords is a Canadian rock band from Drummondville, Québec. The band launched its first album, Gros Mammouth Album, in 2003. Some of the songs from that album, include "Hawaïenne", "Saskatchewan" and "Lucille". Their videos and songs received exposure in Quebec. In 2004, Gros Mammouth Album Turbo (certified Platinum by the CRIA) was released with two extra tracks, "Loin d’ici" and "Turbo Sympathique". In 2006, they released their second album, entitled Grand champion international de course (certified Gold by the CRIA).The song "Lucille" was included in a podcast. released by bandeapart.fm in 2005. In 2006, bandeapart.fm featured the band in a video podcast, Les Trois Accords au camping, Baladovidéo.

In September 2005, they were an opening act for The Rolling Stones in Moncton, New Brunswick. The concert drew an estimated 75,000 spectators.

Originally formed in 1997 by Olivier Benoit and Simon Proulx, the band’s current members are: