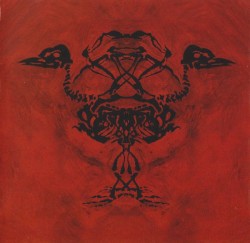 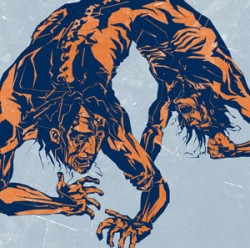 Mokoma is a Finnish thrash metal band formed in Lappeenranta in 1996. Their music also has grindcore and death metal influences with traditional Finnish melancholy.Mokoma started out as a creation of Marko Annala, who is the band’s lead singer, and has been the band’s only original bandmember. The name comes from Annala’s former girlfriends’ Karelian grandmother, who said "Voi siuta mokomaa". That means "Oh gosh, you and your tricks", basically in simple words when put into English. Mokoma is similar but slightly more gracious word to "damned" or "accursed". Through the years several members have come and gone, but only Marko has remained constant.

The band started out as a more traditional rock band with their first two albums "Valu" and "Mokoman 120 päivää". However, both albums sold badly and they were eventually dropped when they suggested to their record company (EMI), that they wanted to play something more closer to their hearts, thrash metal. The group moved on and created their own record company, called Sakara Records, and released their third album "Kurimus", which is sometimes regarded as the first thrash metal album sung in Finnish. That was the first release of the members’ independent record company Sakara Records. Since then they have released seven more albums and an EP called "Viides vuodenaika", which reached position one in the Finnish albums chart. Their latest album release is "Ihmissokkelo".