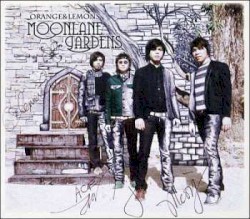 Orange and Lemons is a Filipino pop rock band founded and formed in 1999 by lead vocalist and guitarist Clem Castro along with Ace and JM del Mundo. Former member, Mcoy Fundales served as the lead vocalist and guitarist since its formation until its last reception in 2007. The group’s musical genre’s been a mix of alternative rock, indie pop and experimental music and heavily influenced by several well-respected bands in different generations like The Smiths, The Beatles and the Eraserheads. The band had released three several albums and gained commercial success with their sophomore album Strike Whilst the Iron is Hot released in 2005.

The group parted ways in 2007 due to musical differences. Following the band’s break up several members formed their own groups. Mcoy Fundales formed Kenyo alongside JM and Ace del Mundo. While, Clem formed his own indie group The Camerawalls with the band’s original member, Law Santiago.

In 2017, after 10 years on hiatus, the band announced that they would reunite as a trio, and later as a quartet when keyboardist Jared Nerona joined.